In the mouth of two or three witnesses every word may be established.
Matthew 18:16
You’ve been there many times, standing in the valley of decision. Perched precariously between victory and defeat. On one side of you is the word of the world authored by Satan that says, for example, “You’re not going to get healed.” On the other side of you, the Word of God is saying, “My Word is yea and amen” and “By whose stripes, ye were healed” (1 Peter 2:24). Who will determine how it all turns out? You will. You’re the establishing witness.

I remember a fellow once who wanted me to pray for him. I said, “Now the Word says you’re healed.” He interrupted me and said, “Yeah, I know it says that, but I’ve got this terrible pain here….”

I looked him in the eye and said again, “The Word says, ‘By His stripes, you were healed.'”

I shook my head. “Listen, the Word says you’re healed!”

Finally, he stopped and stared at me. He didn’t realize it, but he’d allowed his physical symptoms to become his evidence. It was what he believed. No matter what the Word said, he believed the thing he could see and feel.

But when he got quiet, I said to him, “Look, you’re wanting me to agree with you and you’re mad because I won’t. But if I agree with you, you’re going to die. Now if you’ll agree with me and the Bible, we can get you healed.”

Suddenly he saw it. His eyes lit up. “Oh, praise God! I see what you mean. I agree with the Word of God!”

I put my hands on his head and God healed him instantly.

You pray and establish your witness. That’s your part. If you’ll do it, God will back you—and when He backs you, everything else either has to get in line or get out of the way.

You’re the deciding witness. What do you say?

You Have To Give Up What You Have… To Get What God Has For You! 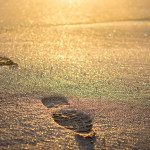