Picture this: a house full of children devoting hours of their life to reading. It’s the stuff a librarian’s dreams are made of, something any parent should be proud to witness. But comic books? My own children have spent large portions of their young lives enjoying the adventures of Asterix the Gaul. For anyone not familiar, these stories feature a village of indomitable Gauls holding out against the Roman Empire, thanks to the superhuman strength afforded them by a magic potion. Each story has a predictable climax and ends with the villagers sitting around a fire celebrating another victory.

Asterix is the hero, but Chief Vitalstatistix is the supposed leader of the village and rallies his men with the cry, “The only thing we have to fear is the sky falling on our heads tomorrow—but tomorrow never comes!” Despite this defiance, a running gag in the stories is that, in reality, Vitalstatistix is terrified the sky is about to fall down and often mistakes various phenomena for this event. In other words, a falling sky is his god—an idol of sorts that he is enslaved to. He is a brave man held captive by fear.

While we may laugh at such a character, the sad truth is that we live in an age when many people are controlled by their fears. But as disciples of Christ, we need to spend time in His presence and cultivate the kind of heartfelt belief in God’s sovereignty that will keep our anxieties from becoming controlling idols in our lives.

When my family was younger, I underwent a period of real fearfulness about one daughter. There are many things parents worry about: We instruct our children to be careful about traffic, teach them to be cautious around strangers, warn about the dangers of drugs, and so on. But this can easily mutate from proper parental concern into controlling anxieties—no more rational than worrying about the sky falling on our heads.

With this particular child, I would experience sudden moments of cold panic, worrying about where she was and what might happen to her. It would have been very easy to give in and allow that anxiety to become the governing power in our family. I could have chosen to keep my little girl constantly in my sight, to control her every movement. To do so might have looked like the product of love, but in reality it would have been a response to an idol of fear. Instead, what I had to do was deliberately take an axe to it and refuse to let it rule my life. In and of myself, I wasn’t capable of doing this, though; I needed to give my uncertainties to the true God and allow Him to bring me into freedom and peace.

There is a world of difference between mumbled assents of worship and a robust belief in the sovereignty of God.

1 John 4:18 tells us that “perfect love casts out fear,” and in order to find idol-toppling strength, we need to cultivate delight in God. This is the kind of love that means we throw ourselves unreservedly on the grace that is ours in Christ Jesus and choose to make Him the center of our affections, thoughts, and actions. When we do, there isn’t space for any other god in our lives. And while fears may still be very real, they lose their power to control us as our delight in God compels us to serve Him rather than our anxieties.

Ten years after I faced down that idol of irrational fear, the same daughter endured a battle with anorexia. It was a frightening experience for our family, and this time our concerns felt very rational, even justified. Again, we had to make a conscious decision that Jesus was going to remain central in our lives. We had to prove that there is a world of difference between mumbled assents of worship and a robust belief in the sovereignty of God that acts as the framework for our entire lives, even in the strongest storms. At times it wasn’t easy to delight in God—some days we were so tired it was difficult to feel anything—but it was a decision we kept making.

By the grace of God, my daughter is now well, loving Jesus and enjoying life. Fear has slunk back into the shadows, but I know it is always looking for an opportunity to assert itself again. Undoubtedly, it will soon enough afflict me again. So I need to keep cultivating delight in the true God. I can’t afford to be like Vitalstatistix, dominated by what is beyond my control and may never come to pass. I don’t need a magic potion but a heartfelt belief in God and an abiding communion with Him, because His love will be sufficient to sustain me. Always. 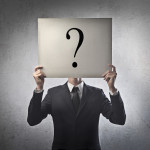 Knowing Who I Am in Christ 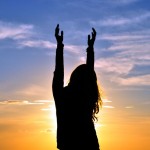