Are You an Unbelieving Believer?

When Jesus rose early on the first day of the week, he appeared first to Mary Magdalene…. She went and told those who had been with him and who were mourning and weeping. When they heard that Jesus was alive and that she had seen him, they did not believe it (Mark 16:9-11 NIV).

The disciples didn’t believe it?! But Jesus had told them over and over again that He would be crucified and raised again on the third day… You see, the disciples had faith in Jesus; they knew He was the Messiah. But they didn’t believe He was going to do what He said He would do. It’s just like many Christians today. They have faith in God, but they don’t believe the promises of God—what He tells us in His Word.

Faith vs. Believing: Is there a difference?

In some ways there doesn’t seem to be much difference. We see the words faith and believing used interchangeably. I think faith is more of a force that comes out of your spirit. It’s a gift from God. But I think believing—choosing to believe mentally or to agree with God—is what unleashes the force of faith we have in God.

If you want to immediately improve the quality of your life, here are five things you absolutely must believe.

1. It’s possible to do anything that God commands you to do. If he tells you to forgive those who hurt you, don’t say it’s too hard. No matter how bad you’ve been hurt, you can forgive them. You can resist temptation of any kind. If God tells you to love people, then you can love all people.

2. God can change anyone and any circumstance. Don’t look at your children or your spouse and say, “You’re never going to change.” We’d be in a mess if God gave up on people as quickly as we do. Before you give up on somebody, ask God if He’s given up on them.

3. God can work good out of any mistake you’ve made or situation you’re in. I can’t even begin to tell you all the different kinds of jobs I had before I began teaching God’s Word. I’ve been a bookkeeper, a waitress, an office manager… And some of the places were hard places to be.

Looking back, I realize now that it was in those places I learned how to treat people. Wherever you are, just believe: God, if this is where I’m at, there is a purpose, and I believe that some way You will work this out for my good.

4. Always believe the best of every person. I know this gets hard when we see the things that people do, but it’s still a choice. We always have to keep a tender heart toward God and toward His people.

5. Your time is in God’s hand. One time, Dave and I were eating at a restaurant. Dave kept talking to the waiter, and I wanted him to just hurry up so I could get home. But when we were almost to our exit, there was a horrible accident. If we had been 45 seconds faster, we could have been right in the middle of it.

I wonder how many times things aren’t going the way we want it to and God is actually saving our life.

Why Don’t We Believe?

I think maybe sometimes we lose our belief because we ask God for something and don’t get it. But have you ever thought that maybe He didn’t want you to have it because He had something better ready for you?

Life is so wonderful when you can come to the point where you just know that if you didn’t get things the way you wanted, God has something else in store.

I want to encourage you to read His Word, find out what His promises are and then start to truly believe them. He will always do what He says…you just have to believe. 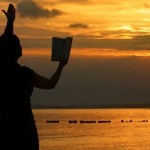 PRAYING FOR THE PRESIDENT AND OTHERS IN AUTHORITY 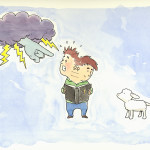 A GOD WITH A SPLIT PERSONALITY