A GOD WITH A SPLIT PERSONALITY

In the third season of the popular Netflix political drama House of Cards, President Frank Underwood talks to a priest about Jesus. “I understand the Old Testament God, whose power is absolute, who rules through fear, but … him?” Underwood says, pointing to the crucified Christ.

To Underwood, who is played with masterful menace by Kevin Spacey, the Gods of the Old and New Testaments have different dispositions, and he cannot stomach the latter. That the Son of God would refrain from using His power to save Himself from death on a cross seems absurd to the unswervingly selfish, power-mad politician.

Underwood is not the only one who cannot reconcile the all-powerful Yahweh with Christ, the suffering servant. Those armchair psychologists among us who share Underwood’s perspective might diagnose God with dissociative identity—or multiple personality—disorder.

This is the aspect of God’s character that defines the trajectory of the narrative arc of the Bible: He loves and longs to live with His children.

I, too, have found passages that made the Old and New Testaments seem like representative halves of a divine split personality. The more I have read, however, the more I’ve discovered a continuity in God’s character that carries from the earlier testament to the later.

One passage in particular—which I refer to as “The First Supper”—contributed uniquely to my understanding of this continuity. In it, Moses and more than 70 Israelites climbed Mt. Sinai. “There they saw the God of Israel. Under his feet there seemed to be a surface of brilliant blue lapis lazuli, as clear as the sky itself. And though these nobles of Israel gazed upon God, he did not destroy them. In fact, they ate a covenant meal, eating and drinking in his presence!” (Ex. 24:9-11, NLT).

Dinner with God. On a mountain? I thought. Sound the divine dinner triangle, I guess?

At first, it struck me as anomalous: In the Old Testament, Yahweh appeared to His people—but didn’t He prefer to assume more mysterious forms? Fiery foliage in Exodus 3. A pillar of cloud by day and of fire by night in Exodus 13. Yet in this passage from Exodus 24, He apparently assumes anthropomorphic form, complete with feet. In this rare moment in the Old Testament, God “decloaks,” to use Star Trek vernacular. He makes Himself visible to the people, and they stuff their faces in His presence.

The God who appears in this passage cannot be squared with Frank Underwood’s conception of the Old Testament God. A Creator who possesses absolute power and rules through fear has no need to commune with His creation. A God of longsuffering love, on the other hand—well, that’s a different story. This, at least as I understand it, is the aspect of God’s character that defines the trajectory of the narrative arc of the Bible: He loves and longs to live with His children.

In Genesis 3:8, God can be found “walking in the garden [of Eden] in the cool of the day,” entering into the world of Adam and Eve only to find they have gone their own way. While their disobedience marks the beginning of humanity’s estrangement from God, it does not mark the end of the Creator’s love for them.

When the Earth we now inhabit passes away and a new one is born, God and humanity live together at last.

When the Lord makes a covenant with Abraham and, later, Moses, He reaches across the rift that exists between Himself and the wayward bearers of the Imago Dei. The covenantal supper in Exodus 24 cannot be understood as an isolated incident, then, but as another instance in which the Creator reveals His desire to be with His rebellious beloved.

In the New Testament, God dwells among the Israelites in Jesus—in Immanuel, “God with us.” At the Last Supper, God’s creations eat another covenantal meal with Him, and this time He partakes, too. This supper, like the one in Exodus, belongs to that same larger narrative arc, which swells to a climax in Revelation. When the Earth we now inhabit passes away and a new one is born, God and humanity live together at last.

In Revelation 21:3, the apostle John writes, “And I heard a loud voice from the throne, saying, ‘Behold, the tabernacle of God is among men, and He will dwell among them, and they shall be His people, and God Himself will be among them.” What would Frank Underwood make of such a place? I imagine it would sicken him. The power he possesses on earth, after all, would have no currency there. 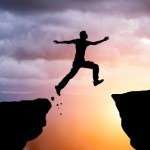 Are You an Unbelieving Believer? 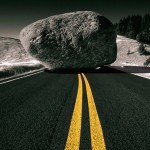