Lying is a fraud, hoax, injustice. The person who lies to the neighbor is betraying his confidence.

To lie is always a lie. Some people think wrongly that the lies have levels of permissiveness, and called them “white lies”.
Let supposed that Jesus and Peter were chatting and suddenly the phone sounds and the Lord answers and says – Hi Jesus, I am Juan, I need to talk with Peter – Peter look him and make him signs that means don’t pass me, Jesus thinks and tells Juan – he went out to fish-. Do you imagine the Lord lying? No way! However for many of us this can be an innocent act.

When people get used to lie, he must cheat his conscience, turning off his voice. But to ignore repeat times the conscience call this start to sleep, as a result, the next lies will not distinguish between innocent and serious, because the conscience is losing all the sensibility. The person who used to lie gets used to add a lie in his chatting. It’s hard to get back to the habit to tell the true after cancel the voice of the conscience.

The people that lie daily are exposed to the curse, generally these persons ask themselves constantly why they don’t get God’s blessings, but practicing the sin is like to lift up a barrier that keep away the Holy Spirit. No one who practices the sin can live under God’s favor and pleasantness. If you want to get all the God’s blessings that are for you start to clean your tongue. Proverbs 6:17 tells us about the lie as one of the acts most abhorrent for God. Tells the true, even thou sometimes cost a lot, it’s the better medicine. Lie is as want to build a house over quicksand, temporally looks like everything is fine, but suddenly gets down and we must start everything again, but saying the true is like built a house over a solid foundation, ones it finishes, stays forever.

The Bible teach us: Truthful lips endure forever, but a lying tongue lasts only a moment. Proverbs 12:19

The habit of telling the true in any situation is the way of God. The true keeps us in peace, with the conscience clean, and without stress. According to the medicine, stress increases the risk of heart attack and one of the common causes is have to lying all the time. The engines of the lie can be the arrogance, envy and low esteem. Sometimes the lie come from don’t want to hurt the other, but don’t think that we must lie in order of not hurt, is necessary tell the true with love. Someone that receive lies for not being hurt, will end being even more hurt when he realize the true. The honesty leaves us all of us a good taste, a clarity sensation.

Remember always: “The lie ties us and sick us. The true is health and freedom” 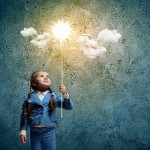 Today a miracle is waiting for you 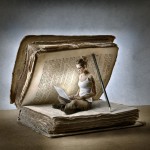 The word that lives, manifest