The Bible tell us about it in Joshua 2:9: “I know that the Lord has given you the land, and that dread of you has fallen on us, and that all the inhabitants of the land melt in fear before you”. According to this we could say that our spiritual enemies are afraid of us. They are afraid that we take the territory that God has already given us, because they know that if we go forward, they couldn’t do anything else that release what is ours.

Joshua chapter 9 and 10 says that Gibeonites knew that God had given Israel land and when they knew that they were coming, they made a cunning alliance in order to become their servers. Sometimes the enemies have “more faith” than us, they know beforehand they will lose and we are more afraid than them, because we believe in a lie. The enemies sometimes try to intimidate us dressing up with fake power and they deceive us. God’s people faced many times to giants and powerful nations, but what are those nations besides God who created the universe? They are afraid of us!

Dear Brother, the enemy is afraid of your advance, he is afraid that you fight for grow and reach your goals because he knows that you can accomplish that if you do it with faith.

In Numbers 14:9 Joshua says: Only, do not rebel against the Lord; and do not fear the people of the land, for they are no more than bread for us; their protection is removed from them, and the Lord is with us; do not fear them”

Many things seem impossible now, it looks like “too difficult” but they are not, they are not son difficult, only looks like that. Once you decide to walk by faith over your dreams everything you start will prosper, the secret to knock down the obstacles is take a step forward. Jericho even thou its big protection wall, they were afraid of God’s people because they knew what happened in the dessert, they knew about the miracles and signs from Israel’s God.

Their enemies though: If God had released them from the pharaoh in Egypt (the biggest empire) how the other nations wouldn’t be afraid of them? The same thing happen today, the world is under the power of the prince of the air and a big part of our heritage is in wrong hands. 1Peter 2:9 says that Christ blood regenerated us to become “holy nation, real priesthood, God’s people acquired by God” we have royal lineage, and that lineage has authority, so how we wouldn’t be able to conquer our promise land during this time? Your promise land is everything that is in your heart, all your dreams and goals in life, is the destiny that God prepared for you beforehand. The obstacles will be demolished when you take courage and decide to do something and keep walking. If you have an absolute faith in God, that will push you to go for more and the doors will open so you would be able to enter to your promise land.  (Esteban Correa message for goformore.click) 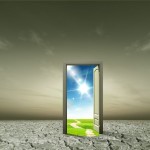 Turn on your today blessing 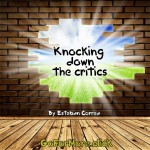 Any bad wish can reach your life – Knocking Down The Critics